After the excitement of day one, I sort of just… floated… into day 2 of NAN. The Day 2 divisions are OF Performance, CM Halter, and AR Halter. In addition to showing my horses, I was proxy showing Erin’s amazing string while she was judging other classes.

My day was a little quieter since I wasn’t showing performance, but I stayed plenty busy keeping track of the various halter classes. In between, I oogled the entries in the OF Performance division. 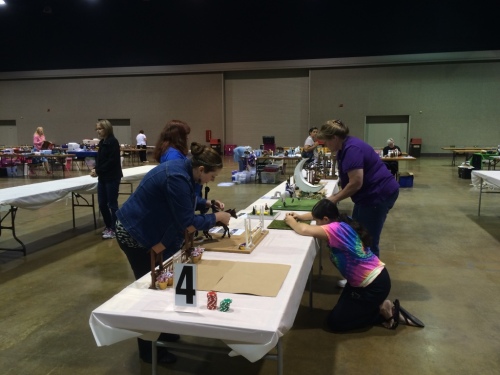 Showers setting up their entries in OF Performance 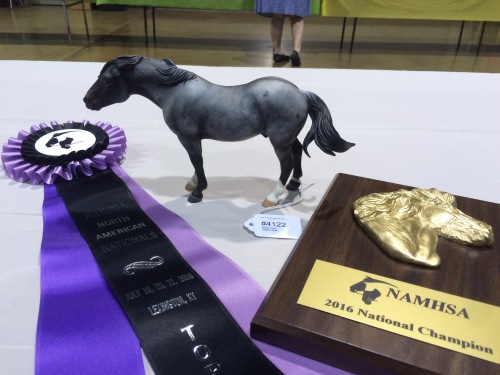 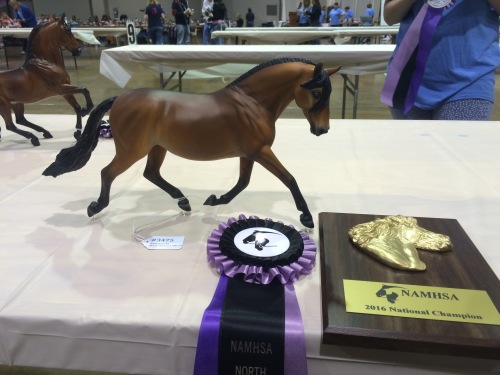 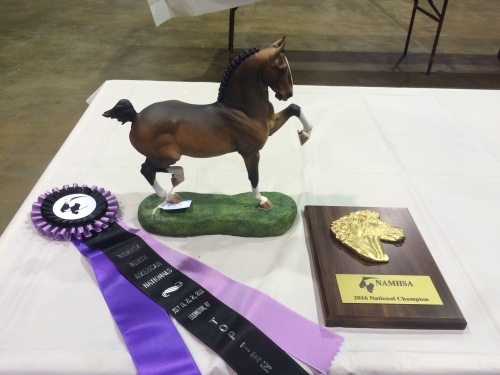 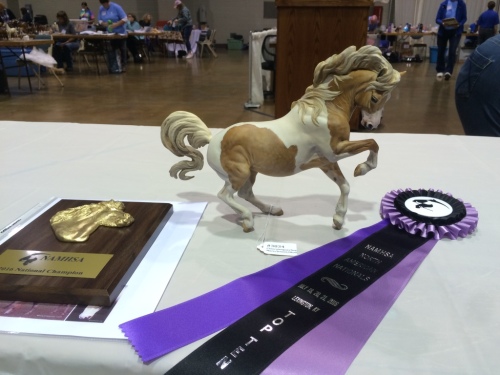 While I know that performance is my strong suit when it comes to model showing, I have less confidence in my customizing and painting. Earning top tens at NAN in breed and workmanship was thus extra special and exciting. The caliber of models at this show is breathtaking.

My first win was also my biggest for the day- Mr. L. B. Scuttlebutt won Reserve Champion UK Pony! 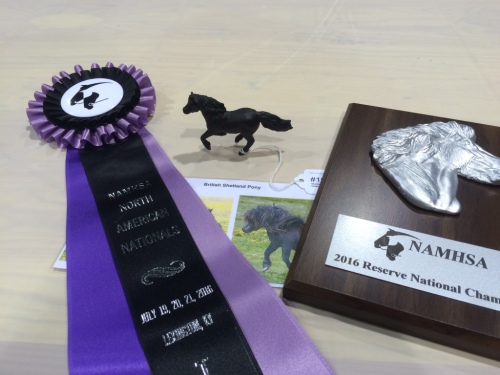 Next, Pollyanna Plaudit took a top ten in Other Stock. 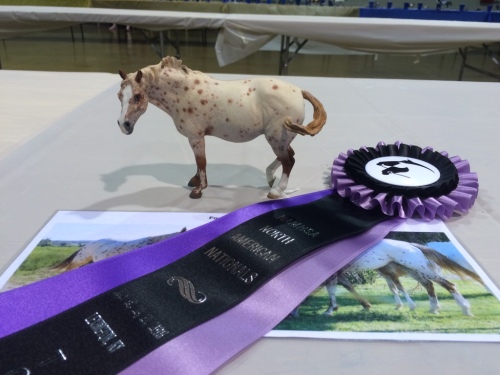 After the CM and AR breed classes were finished, the workmanship divisions started. My wins in workmanship are particularly sweet because all three of them were in classes judged by the esteemed Leslie Kathman. Leslie is an accomplished equine artist and a published expert on horse color genetics. For her to deem my work worthy of a rosette was a huge honor.

Salty Captain took a top ten in the Bay/Black Other Scale class. 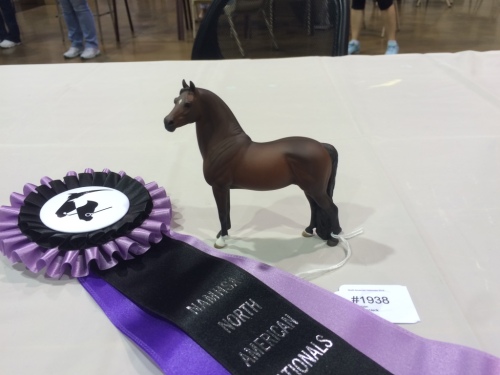 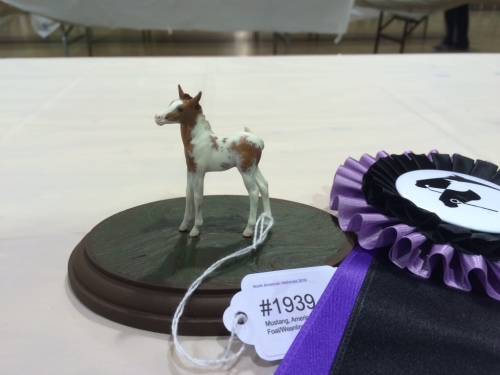 And finally, my sweet Pollyanna Plaudit went two for two by winning a top ten rosette in Stock Type Appaloosa. Leslie writes extensively on the intricacies of appaloosa patterns, so this was probably my favorite moment of the day! 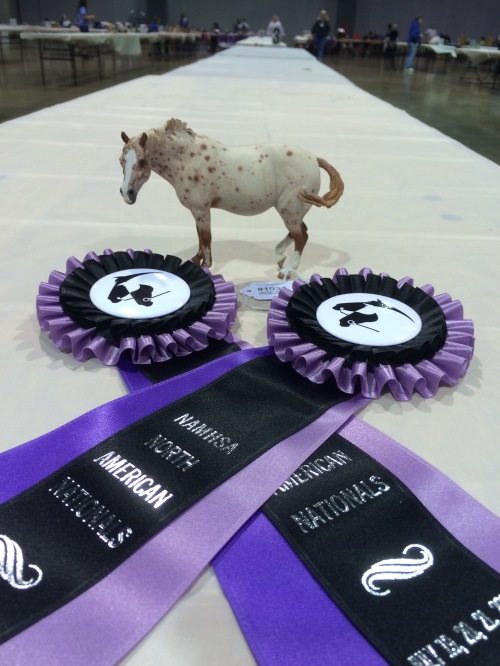 And I wasn’t the only one having a great day… 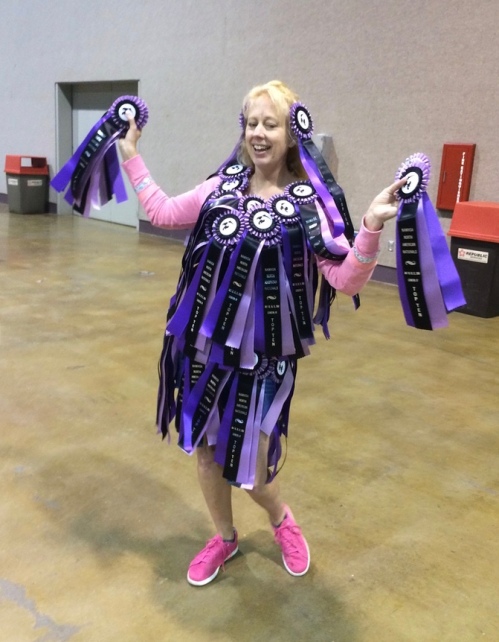 Tiffany wearing all of the rosettes won by Diana in the CM and AR divisions. Diana’s stack of plaques was equally as impressive, but not as wearable!

This entry was posted in News and tagged hobbyists, live showing, NAN, winners. Bookmark the permalink.